Why was this dangerous twat given day-release ? 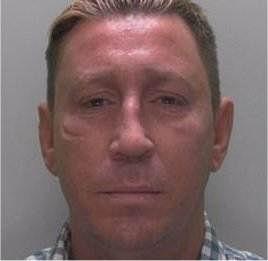 Andy Johnson (above) one of Britain's most dangerous career criminals - was incredibly, given unsupervised day release from a South London psychiatric unit. Immediately he went on the search for a new victim, trying to attack a woman and her daughter in their own home. Fortunately the woman's screams alerted other people, Johnson was chased away and what could have been a more tragic outcome was prevented.

This man has 52 previous serious convictions, and has been described as being a threat to all women and girls, and was supposed to be on a life sentence. But on 2 February 2018 he was let out again, incredibly, on 'day release' and unsupervised by anybody. Why do we KEEP ON letting this happen? They're known to be very dangerous , they're supposed to be under lock and key, all their victims believe their attackers are locked up - but we let them out ! And, surprise surprise! They offend again.

No wonder our sick 'justice' system is the laughing-stock of the world. A system that constantly put the 'rights' of serious offenders, above the rights of their victims and potential other victims .

Who took the decision to let Johnson out? This man, Dr. Tim McInerny, a psychiatrist .

Mainstream wants an end to parole, early release and day release. And people like McInerny who heep letting dangerous offenders out, to be given their P45s.